Our management team is dedicated to our mission of being “Your Partner in Building Excellence”. Their goal is to provide you a quality built project completed on time and within budget, while maintaining our principles of skill, integrity and responsibility. 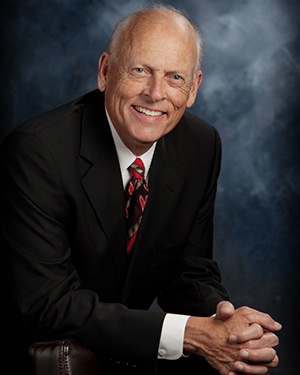 Bob McKenzie founded McKenzie Construction Corporation in 1976 and has over 50 years of hands-on commercial construction experience. As the chief executive officer, he sets the direction and oversees operation of the firm.

Mr. McKenzie has a Bachelor of Civil Engineering degree from the Georgia Institute of Technology, and is a Fellow of the American Society of Civil Engineers. He has previously served as the president of the Associated General Contractors of Virginia, the Tidewater Chapter, and The Hampton Roads Builders and Contractors Exchange, Inc. 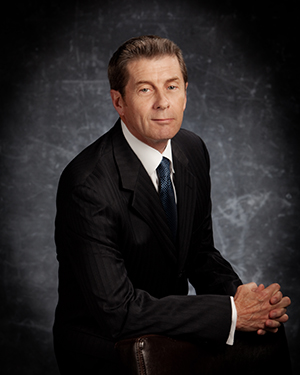 Keith Hathaway has spent over 40 years serving the commercial construction business in the Hampton Roads region. Having previously operated his own local commercial construction firm, Keith has brought a wealth of experience to the McKenzie team. As Executive Vice President, he is responsible for overseeing business procurement, estimating and contract development.

Mr. Hathaway has an Associate degree in Engineering from Ferrum College. His professional affiliations include serving on the Board of the Builders & Contractors Exchange of Hampton Roads, where he also served as president in 1993; active membership in the AGC of Virginia since 1986, where he has also served on the Board of Directors, as the State Treasurer and as President of the Tidewater District. 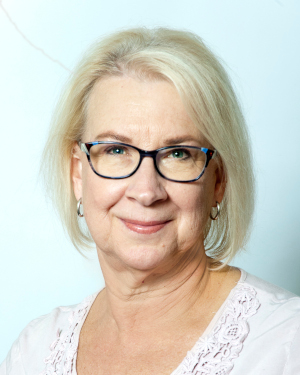 Helene joined the McKenzie Team in 1994, as a part-time accountant. In 2006, she was promoted to Controller and is responsible for all financial reporting, corporate insurance, and employee benefits. Helene dedicates herself to improving McKenzie's corporate accounting and reporting processes and enhancing its benefits package. One of the goals she has achieved as Controller has been to boost relationships with our subcontractor team by reducing the turnaround time on payments. Her ability to think outside the box has resulted in increased efficiencies both internally and externally.

Helene completed her B.S. degree in Business Management, with a focus in Accounting, from Bloomsburg University in Pennsylvania and continued her accounting education locally at ODU and Norfolk State. Prior to joining McKenzie, she worked with a prominent Virginia Beach CPA firm for several years. 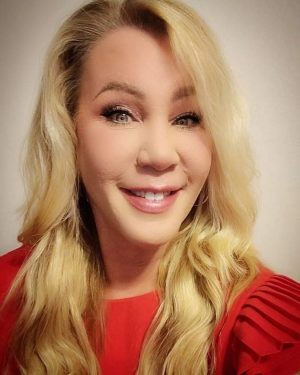 Tracey is a veteran of the United States Marine Corps where she began her accounting career as the
Audit Branch Manager for Marine Aviation Logistics Squadron 11. After her time in the Marines, she ran
several businesses in the field of retail and hospitality. Tracey also spent several years in radio as a
radio personality in Texas where she attended Austin Community College and Texas Tech University.

Tracey is a recent transplant from San Diego, California where she grew up a lover of the sun, sand, and
water. Tracey’s interests include travel, cooking, biking, boating, swimming, and all things nature.
However, her greatest joy, is time spent with family, especially her grandchildren. 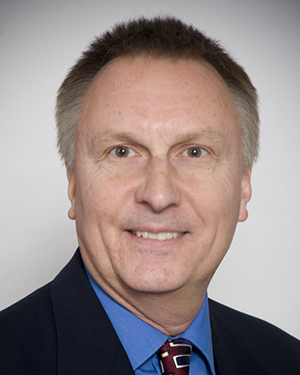 Since receiving his BS in Civil Engineering from Syracuse University over 30 years ago, Bill has worked on construction projects in New York, New Jersey, South Carolina, Connecticut and Virginia. His experience has spanned the institutional, commercial, retail, government and process markets. Further, he has worked on a number of design-build projects.

Bill has been working and living in Hampton Roads for the past 20 years and has a solid understanding on the intricacies of this area market, subcontractors and vendors. He joined the McKenzie Construction team in early 2014.

Bill’s interests outside of work include travel, sports (including rooting for his favorite teams SU Orange, UVa Hoos, Georgia Bulldogs and the Buffalo Bills), family and friends. 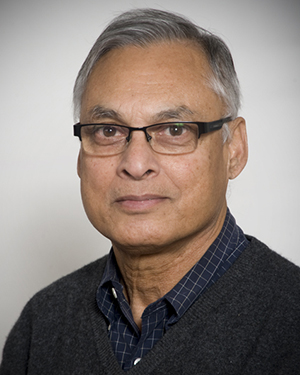 Mohammed was born in Bangladesh (known then as East Pakistan). While in High School, he
had a chance to visit a Bridge Project on the river Yamuna being built by an American
construction company. This inspired him to become interested in being an engineer. These
early influences lead him to pursue a B.S. in Civil Engineering at Bangladesh University of
Engineering & Technology (BUET) and graduated in 1974.

Mohammed started his professional career as QC Field Engineer with Bengal Development
Corporation, Dhaka, Bangladesh in 1974. Since then he worked as several professional positions
with half a dozen international construction companies in Singapore and Abu Dhabi, UAE on
institutional, commercial, governmental, industrial projects including royal palaces.

Mohammed came to the United States in 1989 and started working with W.B. Meredith as an
estimator. In 1992 he joined McKenzie Construction Corporation as an estimator. During his
time with McKenzie, he has completed both hard & conceptual estimates for numerous
projects including federal, state and local government, schools, college & university buildings,
medical facilities, auto dealerships, recreation facilities, fire stations, multi-family apartment,
retail facilities, renovation projects and design-build projects. 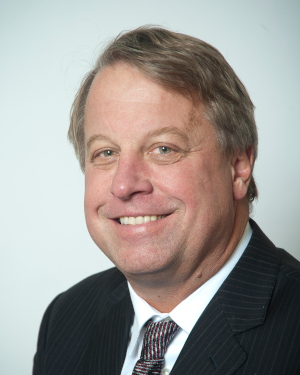 Ed has over 30 years of experience in the construction industry with extensive Institutional and Healthcare project portfolios, Energy Conservation Improvement Program projects as well as experience managing large, complex multi-use development projects. He began his career as a Superintendent and evolved into positions including Operations Manager, Vice President and Project Executive for notable GC Firms. Working in both Union and Open Shop environments, Ed also has a broad background in construction contract scenarios, including design-build, guaranteed maximum price (GMP), cost plus fixed fee, and hard bid.

In his role as Senior Project Manager at McKenzie Construction Corporation, Ed fosters an environment of teamwork and ensures that strategy is clearly defined while overseeing performance and maintaining morale. His strong communication and client service skills enhance McKenzie Constructions process-driven management philosophy.

Ed is an ASHE and CQM Accredited Professional. He is a member of the Project Managers Institute and the United States Green Building Council. 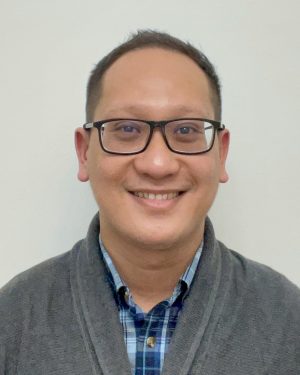 Brian finished his BS in Civil Engineering from FEU – Institute of Technology in the Philippines. He started
his career as a Junior QA/QC inspector that gained him exposure and ample experience in construction.
His experience focused on private construction of mid to high-rise residential condominiums, retails, and
special buildings from inception to completion phases.

Outside the construction world, Brian loves to travel with his wife and friends to experience different
cultures and local food. 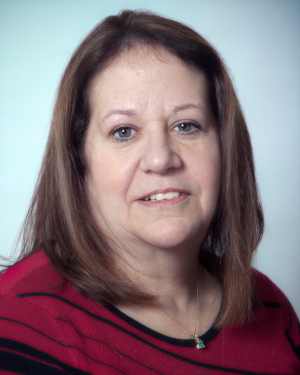 Julie came here in 1984 with her husband and has worked for an Engineering firm, CPA firm, Fortune 500 Company, as well as Estate Planning Attorney, Labor Law Attorney. She is hoping to see her way into retirement with McKenzie Construction Corporation.

In her spare time, Julie enjoys reading, vacationing to different areas, and spending time with her children, especially her grandchild who she loves to spoil. 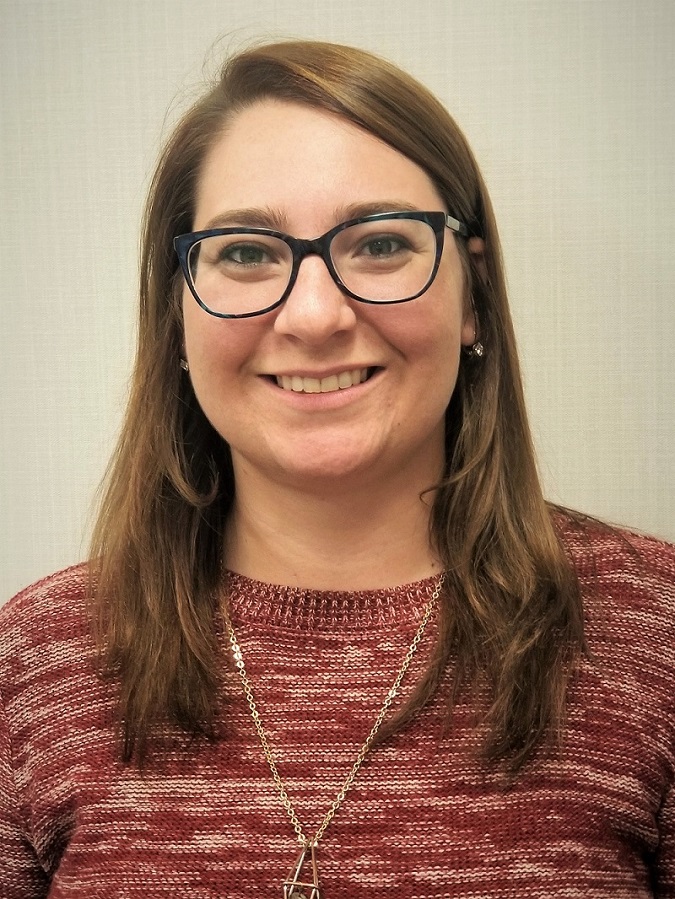 Andrea began her professional career in Residential Property Management for military housing in 2012. She worked her way up from Customer Service Representative to District Manager in just 4 short years, becoming the youngest DM on the east coast for Lincoln Military Housing. However, in 2018 she decided to pursue her passion for construction by accepting an opportunity as PMA with a local General Contractor.

Though originally from upstate New York, Andrea comes from a predominantly military family and has moved and traveled several times throughout her childhood. After graduating high school in Pennsylvania, she traveled between Massachusetts and Kansas until finally landing in Virginia.  She enjoys spending her time with her dog, Stella, and friends.  Her passions include live music and going to concerts, traveling, hiking, camping, going to the beach and really anything outdoor related. 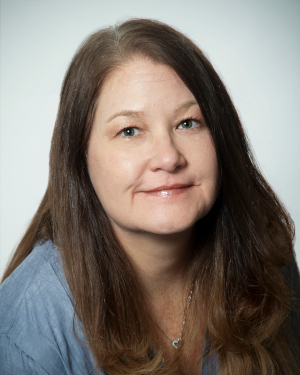 Doreen has been in the construction industry for 15years, working with commercial and federal subcontractors and general contractors. She joined McKenzie Construction Corporation in April 2018 as a Project Manager Assistant.

Doreen has earned her LEED Green Associate certification, demonstrating her expertise in green building. She has earned her associate's in general studies from TCC. In her previous years working in construction she has earned awards such as "Office Manager of the Year" and "Outstanding Leadership"

Doreen is a native of Hampton Roads and enjoys spending her spare time with her family and three dogs. She finds pleasure in baking for friends and family.